Mortimer had always been the kind of teen who grabbed life by the horns. “Carpe diem,” had always been his own personal motto. (Not because it meant, “Seize the day,” but because guys who could talk in other languages seemed to turn girls on.) He lived every moment as if it were his last… so it was a great shock to him when one day… he woke up dead.
“I can’t be dead,” he snapped at the airy figure beside him.
“You are,” she stated flatly.
“Well I just can’t. How do you just be alive and breathing one minute and dead the next?” he snapped.
“That’s usually the way it happens,” the ghost girl sighed, “But in your case there was an exception made.”
“What do you mean?” Mortimer grumbled.
“You were breathing fine until you got hit by the train,” she said.
“But why would that happen? I loved life.”
“Yes,” said the figure, “but you also loved getting drunk and playing chicken with trains.”
“That was just a bad habit,” Mortimer winced.
“Yeah, most bad habits kill,” the girl said, now coming into focus.
“So is this heaven?” Mortimer asked looking around.
“Does this even look remotely like heaven?” the girl, asked smoothing down now white hair against slight shoulders and Mortimer offered, “For a ghost you’re a hottie.”
“Keep your mind on where you are!” the girl snapped, “Does this even look remotely like heaven?”
Mortimer looked around. Packing crates filled the corners. Cobwebs hung from a tin overhead lamp with only one of its two light bulbs working. It sent shadows perpendicular across the walls and floor making everything look a little too rectangular. Boxes marked Café Cola lined one wall. At a table filled with expired milk cartons a fat, greasy man sat changing expiration dates.
“No, but then I’ve never been to heaven it could look however it wants to,” Mortimer reasoned.
“It’s not heaven, you troll,” the girl remarked.
“Y’know heaven looks a lot like the backroom of Ed’s General Store and Gas Station,” Mortimer gasped.
“That’s because this is the backroom of Ed’s Store,” the girl snapped. Mortimer looked to the fat, balding man sitting behind the table. He used his plump leg to keep the rickety thing from tipping the expired milk onto the dusty floor.
“Wow! God looks a lot like Ed!” Mortimer squawked.
“I hate this job…” the girl began.
“Oh holiest God,” Mortimer said bowing.
“That’s not God…” the girl snapped.
“Oh Lord over all creation…” Mortimer chanted.
“That IS NOT God!” the girl’s voice boomed and at the pitch of it the glass that the man had been drinking Café Cola from burst into shards sending the sticky drink down the front of Ed’s black trousers. The man jumped to his feet sending a string of curses across the storeroom.
“God curses?” Mortimer asked as he watched Ed wiping shards of glass and soda from his pants.
“No. Don’t make me scream at you, moron. Glass shatters if we raise our voices,” the girl explained.
“God looks like He peed Himself now,” Mortimer said, “Hey, how comes God looks like Ed?”
“That is ED!” the girl tried again.
“Oh holy Ed, Lord over Café Cola and Gas pumps,” Mortimer chanted.
“You idiot! ED IS NOT GOD!” the girl screamed and the last light bulb in the storeroom burst leaving them in the dark.
“Gee heaven sure is a lot darker then I thought,” Mortimer said.


“Try to get your pea-sized brain around this idea," the ghost girl who had introduced herself as Eva said very slowly.
“Okay,” Mortimer replied just as slowly.
“You’re dead.”
“I’m dead,” he repeated.
“Now you have a job to do before you can move on,” Eva said rolling the words out just as slowly.
“A job to do before I move on…” Mortimer repeated.
“You must change someone’s life for the better,” Eva’s voice dragged over every syllable.
“Someone’s life for the better,” Mortimer repeated and added, “And then the holy Ed will let me move on?”
Eva began to stomp her feet and pull at the white out-line of hair that adorned her head.
“You act weird,” Mortimer pointed out, “You’re pretty temperamental for an angel!”
“I’m not an angel. I’m your guide. I’m a ghost just like you and if we don’t change someone or something for the better I’m doomed to spend eternity with you,” Eva snarled her voice breaking.
“So we’re together forever?” Mortimer asked.
“It looks that way from where I sit,” Eva answered seemingly about to cry.
“Hey,” Mortimer yelped, “Eternity with a hottie. Things are looking up!” He tried to slide his arm around her waist but quickly pulled his arm away.
“OUCH!” he shouted and the little storeroom window cracked.
“Burns huh?” Eva asked almost laughing.
“Yeah, burns like…” Mortimer began to curse but nothing came out.
“We can’t touch each other, curse, smoke, drink or eat,” Eva announced.
“But those are my favorite things,” Mortimer whined, “An eternity without all that? I wish I was dead!”
“You are,” Eva answered.
“Right. So what now?” Mortimer asked.
“We find someone to change,” Eva answered
“How about Ed? He’s been cheating his customer’s for years.”
“Leave the holy Ed alone,” Mortimer snapped, “He’s a good guy. He pays me time and a half for Sundays.”
“He sells rotten milk and groceries,” Eva pointed out, “People get sick.”
“No, they just make a lot of returns. Except that weird guy with the pet llama. I think he secretly likes spoiled milk.”
“Well it’s still wrong. You would be doing the community a service if you made Ed honest,” Eva pointed out.
“If I can’t touch him how can I do that?” Mortimer asked.
“Write it down,” Eva said.
“I thought we couldn’t touch anything,” Mortimer snapped.
“We can’t touch each other. You can touch other stuff. Take that permanent marker over there… you can touch that.”
Mortimer floated over to the desk where the date stamper lay by the milk cartons. The holy Ed now stood on the rickety table trying to change the light bulbs. He picked up the magic marker.
“Wait until the light is on,” Eva advised. “He can’t see anything yet.”
“Right,” Mortimer floated to the other side of the room and waited by the wall. When the lights flashed on the holy Ed went back to stamping the milk cartons. He took no notice of the missing pen.
“Get his attention!” Mortimer urged Eva. The girl looked around and picked up a banged up can of lima beans. She tossed it in Mortimer’s direction and it landed with a crash near the wall.
“Blasted rats!” the holy Ed snapped as he looked at the can rolling across the floor. The fat man’s mouth dropped open however as he watched a marker floating uncapped in mid-air. The thing moved to the wall and began writing in bold, black letters, “REPENT YOUR SINS AGAINST MILK KIND!”
“Milk? Milk is holy?” the holy Ed asked the blank air. He fell to his knees and began to worship the milk cartons before him.
“Oh great spirit of the milk forgive me my sins. I shall make as an offering a golden milk carton for all to come and worship you!” and then the holy Ed ran out of the back door.

“Great!” Eva snarled, “We turned him into a pagan!”
Posted by Cheshire Grin Publishing at 7:51 PM No comments: 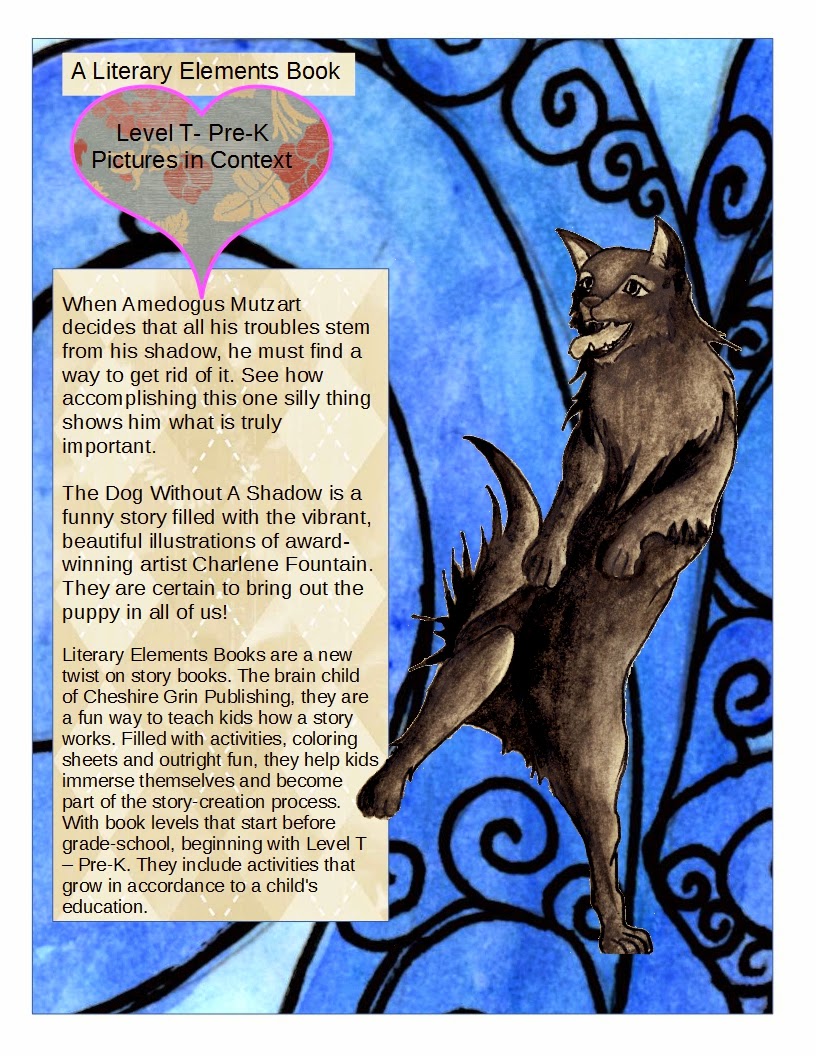 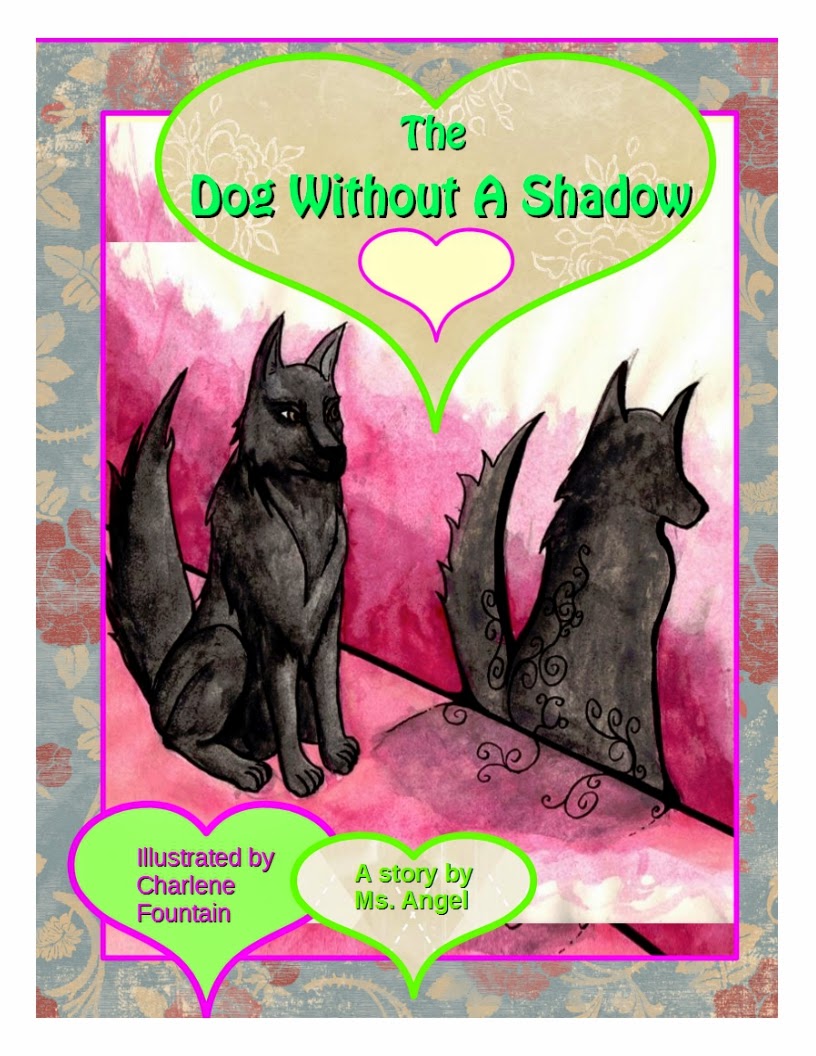 Posted by Cheshire Grin Publishing at 7:57 PM No comments:

Will post pics of the plants that survived and flowered to my FB page today at some point, if your curious
Posted by Cheshire Grin Publishing at 7:01 AM No comments:

https://www.youtube.com/watch?v=vjfhFMFXU2c
Posted by Cheshire Grin Publishing at 5:06 PM No comments:

Follow the link. When you get there, Click on the little bar under this picture to play 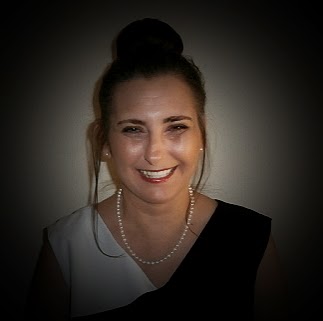 Posted by Cheshire Grin Publishing at 12:32 PM No comments:

meds are going to make me sleep all the time. I'll be back next month I HOPE. Tomorrow or this week, my lovely webmaster will post a very important voice file to my other website which is

So look there! xxxooo See ya'll in a month  I hope!

PS books will be extremely late this year. Sorry
Posted by Cheshire Grin Publishing at 5:56 PM No comments:

Educational game for the Cheshire Kittens
Posted by Cheshire Grin Publishing at 8:15 PM No comments:

Another Death, and a Farewell where ever you fare.

For Meemaw in Passing

As you know we have lost a lot of loved ones in the last few months. Sadly, it is another regretted report. A dear friend, the mother-in-law of the woman who saved my life has passed away. Our condolences and prayers for the family.

It is written, Blessed are they that mourn, for they will be comforted. And most days, that feels totally impossible, absolutely false. That is how hard we miss those loved ones no longer at the table, or here on holiday, or even a lot of times just plain there. But the part of Meemaw that was best is never gone. That part has moved on and into perfection. Perfect health, perfect life, perfect finances, perfect relationships and a perfection of the gratitude for that.

Yet still there is a hole in those left behind. That hole is the hug, the light on her cheek, the sound of a laugh. Because the living no longer experience these things in this reality, we feel empty, angry, sad even guilty in some cases. Though what we experience in the physical world, does not necessarily hold true in a universal sense of reality.

Buddhism the writings of the Tao to be exact, state that the essence of what is lies in what is not. In other words, when you live in a house you do not live in the walls, but within the space that is created by the walls. You exist my friends entirely dependent upon the negative space, the void and not the physical reality. It is the space she leaves that we will exist in, but also that void IS where she is. Ergo, she is not missing or gone. Though her arms are gone, that void in her arms that held you in a hug... that is still her reality and yours. In other words, the joy she has brought can not ever truly be gone.

Hamlet stated that there is special providence in the fall of a sparrow, if it is not now still it will be. This is true, though we knew it was bound to happen the stark shock of it is the part we are left here to deal with. In order to combat that cold, empty shock, keep her hug alive in that negative space and it will be so in reality. Keep her laughter in your heart and you will hear her each time a bird calls. Keep her love in your actions and she will exist here, now and within forever.


www.cheshiregrinpublishing.com
Posted by Cheshire Grin Publishing at 9:28 AM No comments:

That show is all our highlights. But the show is on hiatus for a while. It's crunch time and they already have too much on their plates!

That's my side of it,
Angel
www.streetlighthalo.com
www.cheshiregrin.com
Posted by Cheshire Grin Publishing at 8:17 PM No comments: